A Ring by Spring interview 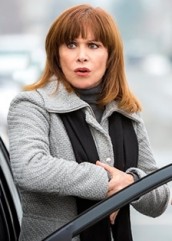 Exclusive Interview with A RING BY SPRING star Stefanie Powers 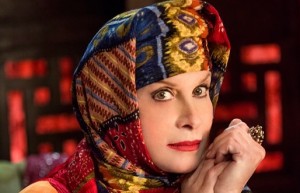 Stefanie Powers stars in A RING BY SPRING | © 2014 Hallmark Channel

Hallmark Channel holds an annual dinner for its executives, creative staff, movies and series stars and invites the Television Critics Association members to attend as well. This year, it’s atPasadena’s Huntington Library, which houses classic works of painting, sculpture and science, along with a collection of rare books.

Actress Stefanie Powers is one of the attending guests, having costarred in Hallmark Channel’s A RING BY SPRING, which premieres Saturday, March 9 at 7 PM. Powers, who starred opposite Robert Wagner in five seasons of the romantic detective series HART TO HART, among many other projects, is by now perhaps as famous for her conservation work in Africa as she is for her acting. In an after-dinner conversation, she discusses both.

AX: What is A RING BY SPRING?

STEFANIE POWERS: It’s a television movie for the Hallmark Channel and we did it up inCanada. “A ring by spring” is a prediction made by a woman, whom I play, to a young lady [played by Rachel Boston] who has been looking for love but has decided that it’s probably not for her, because nothing has ever worked out. She comes to a charity event and she meets me and I read her cards and I say, “You will have a ring by spring, or you will never marry.” And then along comes this lovely fellow [played by Kirby Morrow] and she turns him down, and there is no ring by spring, and then we run into each other again and I bully her. Eventually, as with all Hallmark movies, things work out and there’s a happy ending.

AX: Do you think you might ever do another HART TO HART reunion movie?

POWERS: [laughs] Well, we’ve talked about it before. I guess it depends on who’s going to come up with a good script and a good idea and the money.

AX: Can you talk about what you’re doing at present with your conservation work?

POWERS: The William Holden Wildlife Foundation is an ongoing project. Right now, it’s the education component to conservation work, to specific conservation work. Although we do deal in some cases with specific animals, we generally deal with enlightening human beings who have the future of those animals in their hands, so [the education emphasizes] the need for the preservation of those animals and habitats that those animals must have to function, to live. So we also wind up dealing with the correct use of habitat and how to preserve it for humans and animals. And we serve about eleven thousand students a year coming through our center inKenya, and in addition to that, we have an outreach program that deals with another six thousand students and their families. We encompass a large population. And we’ve been doing that since 1982. So it’s a long-term project. And we see now several generations that have come to us who are now finding their way.

Leave a Reply to Cláudia Bengtson