Home » THE WOLVERINE Highlights this week in Blu-ray, DVD and VOD Releases 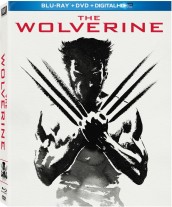 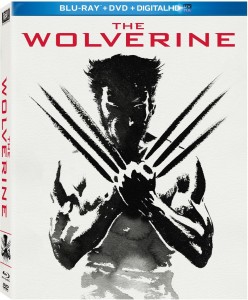 THE WOLVERINE – There has been a lot of negative and positive comments about the second Wolverine movie – starring Hugh Jackman reprising his role from the previous film as well as the many X-MEN movies. One thing that can be said about the film on DVD and Blu-ray is that the unrated cut that is offered here is much better than the original cut shown in theaters. Why? Language for one. Anyone that knows Wolverine knows he has a foul mouth but offering it up in a PG-13 format doesn’t play well with that. The unrated cut gives him much more liberties. Also, there is plenty more blood splatter, gore, limbs flying and more – all of which was painfully absent from the original cut. The film is more fleshed out and we see relationships between the characters get more time. The fight scenes are extended and we see some of the reasoning behind some of the fight scenes take place. Given this is only 12 minutes longer than the original cut, it makes quite the difference.

The other cool thing about THE WOLVERINE is that it is deep in the lore of the Marvel universe. Wolverine has a deep lineage in Japan. He’s had loves, enemies, deep relationships and much more in the country in the comics. So seeing it transition to the film is not only a great idea but the plotline that follows the Yakuza, Viper and more also follows what we have seen in the comics. Overall a thoroughly enjoyable film that is so beyond X-MEN ORIGINS: WOLVERINE that it isn’t even funny. This is the brutal, animalistic Wolverine we know from the comics. 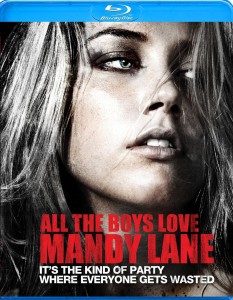 ALL THE BOYS LOVE MANDY LANE – This direct-to-video horror flick starring the lovely Amber Heard as Mandy Lane got a lot of hype due to Heard’s participation in a straight horror flick. While it is a slick production and heard is good as the girl that everyone wants to date but she is unwilling to give them the time of day. You can see the twist in this film coming a mile away and why someone is stalking a horrific group of friends that go on a weekend getaway at a ranch in the middle of nowhere. Much like many horror films, the people getting sliced and diced you have no affection or concern over because they are simply horrible people that treat each other in terrible ways. With friends like these indeed. There is a pretty good turn here by Anson Mount – who if you watch HELL ON WHEELS you will barely recognize – as the ranch hand turned savior of these kids. Again the production her is good but very predictable but if you want to see Heard running around in skimpy clothing that’s always a plus. 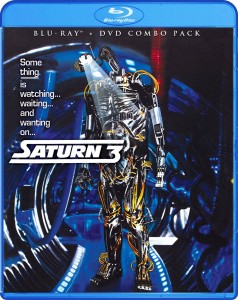 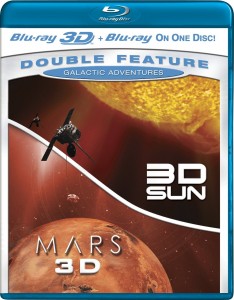 3D SUN/3D MARS – The number of titles that support 3D Blu-ray players and 3D televisions continues to increase and along with some of the biggest Hollywood flicks that are getting the treatment we are also getting some pretty cool nature-related films as well that allow for a greater examination of our world as well as worlds that are outside of Earth. Here, 3D SUN looks at the star that gives us life and some of the most brilliant nature events ever. Witness the auroras from the Arctic Circle, to a solar blast that starts in the Sun and we follow it all the way to Earth to see how it changes in space and when it hits our atmosphere. Some really cool stuff here and probably a lot of which you have not seen before. 3D MARS is all about the Mars Rover and what it sees and does on a daily basis. But it also examines what went into building the machine and how the scientists came up with different tests and experiments to simulate the Mars landscape and effect on a machine. All in 3D of course which brings us that much closer to all of the mysteries of Mars. Very cool if you like these type of informative programming. 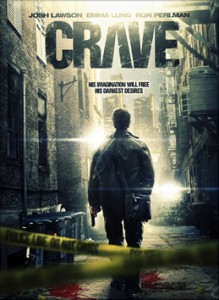 CRAVE – This is an independent film making the rounds on VOD right now. It focuses on a daydreaming photographer that after covering so many terrible deaths and crime on the streets begins to fanaticize about taking action himself to help people and to weed out the destructive element of the world (as well as all the asshats and holier than thou types). But he can only take it so long before he begins to act out on his inner feelings including sleeping with his hot neighbor, double-dipping at a wedding gig and taking incriminating photos of a lecherous dad, breaking up a pimp and hooker fight and ultimately commits murder. Obviously, this might be a bit of problem to his budding new relationship that develops with his hot neighbor as he becomes more involved in making his daydreams real rather than enjoying what he has gained as a result of following those dreams. Not a bad a thriller and the production values are really well done but the ending is all weird and trippy and doesn’t really jive with what we saw before. Still if you are looking for a trippy drama with lots of strange imagery and thoughts, this fits the bill. 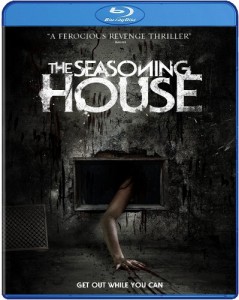 THE SEASONING HOUSE – This is an odd duck horror film about a hooker house for some Eastern European military all staffed by kidnapped ladies and forced against their will to take drugs and service these dudes. When a petite deaf girl is abducted and put in the house she is able to avoid detection and compliance by hiding in the walls and ventilator shafts. It becomes some weird trip after that with the deaf girl trying to help out her fellow captives but not really and then killing a military guy after he already killed some other chick and then the big bad military leader makes it his mission to take her out but does so terribly just ending up getting the rest of his men killed in a serious of weird sh**. Just a strange movie and not terribly well done or interesting. If you have nothing left to watch, then this might be an option.