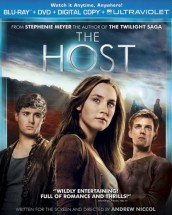 Also reviewed: DEAD MAN DOWN, WOULD YOU RATHER, ROBOT CHICKEN: DC COMICS SPECIAL and more 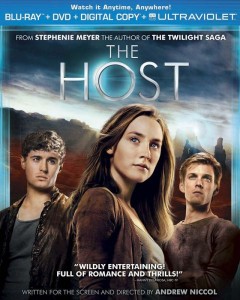 THE HOST – Not a big fan of the TWILIGHT franchise and this is indeed a better love story than that highly popular and well criticized films by Stephanie Meyer. But THE HOST is actually quite a bit better than the previous series she is more known for because it has some actually interesting characters with some interesting ideas thrown in as well. It isn’t just a werewolf and vampire fighting over an emotionless high schooler but a story about an alien invasion where “souls” infest the body of humans creating a more perfect union but one where humans are slaves fighting for control. When a strong willed woman, played by Saoirse Ronan, fights back against her soul, they become friends and work toward a single goal of liberating humanity while not killing the host.

While the first third of the film is terrible with some awful dual acting from Ronan, the remaining parts of the film are actually quite entertaining and as I said before have some interesting ideas. So for those turned off by the fact that Meyer wrote this story originally and that it is just another TWILIGHT, it isn’t and that’s a good thing. Definitely check it out on Blu-ray as the special effects and cool locations in the film pop that much more when viewing it in high definition. 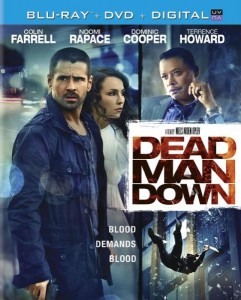 DEAD MAN DOWN – A pretty good action flick from the director of the original THE GIRL WITH THE DRAGON TATTOO, Niels Arden Oplev, that got overlooked at the theaters maybe because it was attached to being a film from WWE studios (the movie brand of the wrestling giant). But it isn’t too shabby in a tale of a broken woman, played by Noomi Rapace, that teams up with a man bent on revenge, Colin Farrell, to take down a crime boss that killed his family and left him for dead. He clawed his way into the organization only to bring it down from the inside. But his ties to the woman that also has a dark past and was left scarred by an automobile accident causes of a whole world of problems he wasn’t expecting and things get, complicated, to say the least. Not the greatest film ever made nor is it as bad as people might think and worth checking out if you enjoy good action flicks. 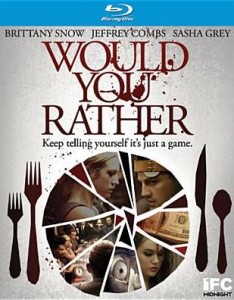 WOULD YOU RATHER – There have been a lot of the dinner party gone bad and turned into a torture session horror flicks but this one is probably a step above the rest for the sheer brutality of what happens to a group of unfortunate citizens that get an offer to make their lives better if they participate in a game by a very wealthy, albeit insane, host. Starring RE-ANIMATOR’s Jeffery Combs, Brittany Snow and former porn starlet Sasha Grey it is a psychological game that pits the contestants against each other in a game where bodily harm comes in each round and each round is that much more brutal than the next. Shot in high definition it looks great and the horror comes pretty fast and furious once the ball (or game) gets rolling. Worth checking out indeed if you are a fan of this type of torture/psychological horror. 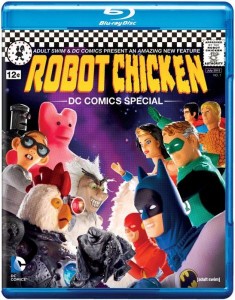 ROBOT CHICKEN: DC COMICS SPECIAL – These specials are very fun and for anyone that’s a fan of pop culture and DC Comics or both this will be a must have as it shows your favorite superheroes in villains in silly and adult situations that make you laugh out loud more than once. Being that it is ROBOT CHICKEN it is a flash of skits that come fast and furious with puns that continue throughout the half hour episode including Bane continually breaking the back of Batman, Superman’s homosexual powers and a whole slew of funny stuff. The only problem – it is only a half hour! I was hoping for at least an hour’s worth of content here but what we get is pure gold. The good news is that there is about two hours of extras including a whole host of skits they never got around to doing but were storyboarded and still end up being rather funny. There is also a making of and a lot of other stuff fans of this show will enjoy. 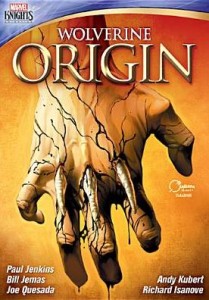 MARVEL KNIGHTS: WOLVERINE: ORIGIN – One of the most storied characters in the Marvel universe gets his long-awaited origin story told in what has become a very cool format in the stop-motion comic that has been highly successful in the ASTONISHING X-MEN and other Marvel tales that have come to DVD and Blu-ray in the last few years. Wolverine has long been the greatest mystery of the Marvel universe. Where did he come from? How did he become the man we see him in the comics today? We know about the Weapon X program and how he garnered the adamantium skeleton. But what turned him into a killing machine. Searching for his roots, the birth and childhood of James Howlett comes to pass in this great re-telling of the Marvel comics of the same name. 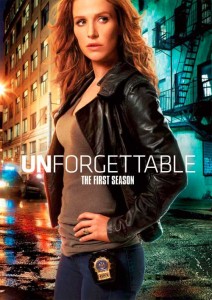 UNFORGETTABLE: THE FIRST SEASON – What do you do when you can remember everything that you ever see, hear, read or experience? You become a cop of course. The premiere season of the CBS hit show comes to DVD with all 22 episodes from the first season included on a six-disc set. Carrie Wells (played by Poppy Montgomery) remembers everything – from conversations, to places she visits, to romances gone awry. She uses this skill in her life as a specialist in order to help the police track down crimes that seem to go unsolved. But of course the one thing she can’t remember is the murder of her sister (naturally), causing a bit of tension and a source of mythology carried throughout the show. With second season coming this fall, now is the perfect time to catch up on what you have missed.