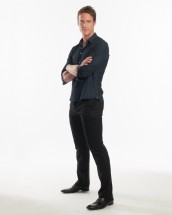 ©2013 The CW
Sean Hemeon in HUSBANDS THE SERIES
Interviews

The actor talks about working on the groundbreaking Web show 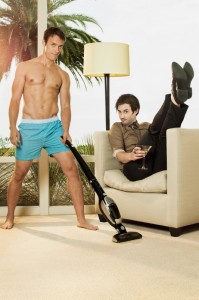 Although same-sex marriage is still not recognized in the U.S.on the federal level (which it is in HUSBANDS), it has become legal in many more states in the years that HUSBANDS has been around, making the show remarkably timely, verging on prescient. 2012’s Season 2 was funded in a matter of days via donations on Kickstarter. This year’s Season 3 has two episodes, the second of which was funded via CWSeed.com. The CW’s Web platform now makes the entire HUSBANDS series available for viewing all over the world.

The first episode of HUSBANDS Season 3, “I Do Over,” about Cheeks and Brady renewing their vows for family, has been nominated for a Writers Guild of America Award. The series has won numerous other awards and earned acclaim from sources as different as the Advocate and the New Yorker.

HUSBANDS has also been honored several times by thePaleyCenter for Media inBeverly Hills. At a screening for Season 3, actor Hemeon talked about his experience of working on the Web phenomenon.

AX: One Season 1 was a hit, how did you feel when there was a Season 2?

HEMEON: I was jumping up and down when I found out that we were moving forward with Season 2, and then when they started the Kickstarter campaign, really seeing it materialize in that way and all the fans submitting all the money, that’s when it was like, “Okay, this is happening.” So I got really excited.

AX: How would you describe Brady’s development as a character?

HEMEON: Everything that Brady learns in the first season, he goes even deeper with in the second season. So everything about being that good image for the gay community, what that looks like and how that feels, he’s continually evolving into that. He just came out a year before, so he’s continually evolving as a human being and as a gay man. [In Season 3], he’s investigating the domestic identity. The roles at home, the roles that each has – what married couples play, how that interchanges [between Brady and Cheeks].

AX: Season 1 was made up of eleven segments that were approximately two minutes long each. Seasons 2 and 3 are more like a regular half-hour TV show, with three segments that are each about eight minutes long. Are the individual scenes within the eight-minute segments longer?

HEMEON: Yes, absolutely. We get much longer scenes and as a result, I feel like there was more of a chance to be even more vulnerable and to have even more heart in the show. It really feels more like a TV show now that we have these longer scenes.

AX: The HUSBANDS cast and creative team have done a lot of conventions. How do you like the convention scene?

HEMEON: I love it. I’d never experienced it until this, and then I think because I’m a closeted geek, probably, and seeing so many people express their love for the characters by dressing up, by doing all that – I love it. I think it’s so much fun.

AX: You did a Comic-Con panel this year. How was that?

HEMEON: Oh, it was a blast. Jon Cryer crashed it – I don’t know if you heard. Because obviously, he’s in the second season and he decided to crash the end of the panel, which was great.

AX: Has there been any difference between doing the second half of third season for CW Seed and just doing it independently for the first two seasons?

HEMEON: [Making the show] felt the same. I think it’s only a matter of how many people it reaches now. The marketing juggernaut that is CW Seed may have a farther reach than what we had, their money in the marketing of it. That’s about it.

HEMEON: In the last year, I worked on this other online series called BLOOMERS, and I did a nice little guest star arc on that. I’ve been dabbling in the online world quite a bit with other shows, but BLOOMERS is one that I love.

HEMEON: Oh, yeah. It makes it such an afterthought. That’s the whole idea of the show – it’s like, gay marriage is so yesterday. So we don’t even focus on the gay marriage aspect. We focus on stuff that real people focus on, like how do love each other? How do we exist in this house? How are we equal in our relationships? Heterosexual issues are the same. That’s how it helps it – by making it an afterthought.

AX: Is there anything else you’d like to say right now about HUSBANDS?

HEMEON: Just watch it. Have a good time [laughs].

Related: Exclusive Interview with AMY ACKER on HUSBANDS: THE SERIES, PERSON OF INTEREST and MUCH ADO ABOUT NOTHING