Home » jane espenson once upon a time interview

Exclusive Interview: Jane Espenson on HUSBANDS: THE SERIES, ONCE UPON A TIME and more 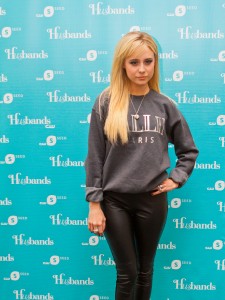 HUSBANDS: THE SERIES, the story of Cheeks (Brad “Cheeks”Bell) and Brady (Sean Hemeon), who date briefly, marry and then try to make it work, started as a completely independent Web series. Its third season has been picked up by CWSeed.com, the online arm of the CW, with new episodes debuting each Wednesday.

Jane Espenson co-created HUSBANDS with star Bell; the two executive-produced the series together. Espenson has a long, impressive line of television credits as a writer and producer – she is currently working as a writer/producer on both ABC’s ONCE UPON A TIME and its spin-off, ONCE UPON A TIME IN WONDERLAND, which means, she says, that Bell is now the sole show runner on HUSBANDS.

At a session about Web series for the Television Critics Association and at the PaleyCenterfor Media’s premiere for HUSBANDS’ third season, Espenson talks about what’s new with the Web series and her work on it.

ASSIGNMENT X: Would you like HUSBANDS to move from CW Seed online to CW broadcast?

AX: Do you think that if they started to make it for broadcast, you would then get more broadcast-style interaction, like notes, with the network? 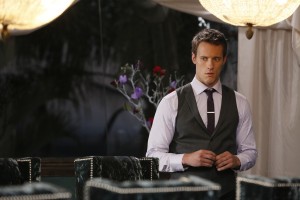 ESPENSON: I don’t know. CW Seed has not controlled in any way. They have really allowed us to make our show. I would certainly hope that would continue. As [HUSBANDS director/fellow exec producer] Jeff [Greenstein] was saying, sometimes the problematic part of the interaction with the network is development, and that part we’ve done. And I see lovely interaction between ONCE UPON A TIME and ABC, where the notes are not at all oppressive, so I’m hoping it would be like that.

AX: HUSBANDS has now won and/or been nominated for a huge amount of awards for Web series, and of course the fans funded Season 2 through Kickstarter in record time. Do you think in the beginning that the completely indie form caused people to embrace it more, or …?

ESPENSON: I think HUSBANDS would have been a hit no matter where it went. I think it’s about the content and not the delivery mechanism.

AX: Do you have a theory on the chicken and the egg of whether HUSBANDS was embraced because the real-life zeitgeist was turning in favor of gay marriage, or do you think HUSBANDS maybe helped give that a little nudge?

AX: Do you think it’s helpful or necessary for HUSBANDS to have come along at a time when gay marriage is a reality in so many states and other countries?

ESPENSON: I certainly think HUSBANDS wouldn’t have gotten made thirty years ago. Yeah, I think it is the perfect time for us and yes, I think they do go hand in hand. We sort of were around four years ago. We came around right as it became a national conversation again. So I think it was very good timing on the part of everyone. We were timed to society; society was timed to us.

AX: At this point, when new characters are created, how much of that is, you come up with the idea for a new character and then think, “Who can we get?” or is it, “Wouldn’t it be fun to work with So-and-So, who can they play?”

ESPENSON: It has been an evolution. Our very first season, it was like, “Well, maybe Nathan Fillion would like to do this. Oh, good, he does.” And now it’s much more like, “Oh, we’ve got a great role, who would be good for it? Let’s see if we can reach out to this person. Do they respond to the material? Oh, they do.” It’s much more that people know HUSBANDS now and are eager – there are actually some very high-level actors who are actively reaching out to us, saying, “I want to be on your show,” and it’s just sometimes we haven’t written the character that fits them yet.

AX: Amy Acker is one of your guest stars this season. How large is her role?

ESPENSON: Amy Acker has a large role in the upcoming season and she’s wonderful and she’s pivotal.

AX: Joss Whedon won a Streamy Award for his performance in Season 2 of HUSBANDS as Brady’s agent. Will he be back this year?

ESPENSON: Joss’ character is certainly one that could come back. He’s not in the upcoming season.

AX: How are you dividing your time between this and WONDERLAND and ONCE UPON A TIME?

ESPENSON: I am full-time on WONDERLAND and ONCE. Brad is the full-time show runner on HUSBANDS, so I’m not doing much dividing of my time. It’s really Brad doing HUSBANDS. I will do as much on HUSBANDS as Brad needs me to do. Brad is the show runner now, and I am a writer who works for Brad, because he is so much more of a show runner than I ever was. Brad has jumped in and is full-time, solo leader. And so my job very much right now, and I love this, is to salute and say “How high?” Which I adore, because my favorite thing is writing for someone, writing for an actor or writing for a show runner. And he’s both.

AX: Who deals mostly with CW Seed at this point?

ESPENSON: Yes. People can just go to CWseed.com and watch the show there.

ESPENSON: It’s really fun and that’s exactly what I do. Although I run up the hallway at the beginning of the day and then I find out which room [for ONCE or for WONDERLAND] I’m going to for the whole day.

AX: Is there anything else I should be asking you about right now?

ESPENSON: You can ask me about that gorgeous photo shoot [she indicates two handsome, glamorous photo posters of Bell and Hemeon together, one in which they are handcuffed to one another]. That’s the second image that’s come out of the photo shoot that CWSeed did, and it’s one of the great perks of working with the CW, which has the ability to put together the resources to make something gorgeous like that.

AX: Is that an actual scene, with the handcuffs?

ESPENSON: That references a scene in the show.

Jane Espenson at the HUSBANDS: THE SERIES premiere | ©2013/Jonathan Reilly

Jeff Greenstein at the HUSBANDS: THE SERIES premiere | ©2013/Jonathan Reilly

Magda Apanowicz at the HUSBANDS: THE SERIES premiere | ©2013/Jonathan Reilly