dancing with the stars recap semi-finals 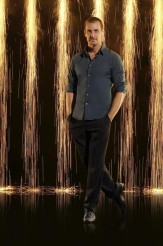 DWTS takes on some unconventional dance styles in the semi-finals! 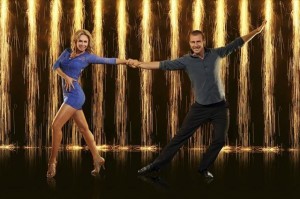 What a powerful night on DANCING WITH THE STARS. They came out and gave it their all  in the semi finals and scored some of the highest marks ever. Jacoby Jones, along with partner Karina Smirnoff, finally achieved perfection getting a perfect 30 from the judges, ending the night in a tie with Aly Raisman & Mark Ballas with a score of 59 out of 60. Kellie Pickler & Derek Hough, who also received a perfect 30,  are nipping at their heels with a 58. After a disappointing Quickstep which only earned them a 25, Zendaya Coleman & Val Chmerkovskiy came back strong receiving a 30 for their Hip Hop routine, ending their night with a 55. Ingo Rademacher & Kym Johnson can feel proud as well. They earned their first 27, completing their night with a respectful 51 points.

Ingo Rademacher(Actor) and his partner Kym Johnson
He certainly gave it his best. Goodman said he did a good job. Inaba called him the underdog. Tonioli said he loved his determination while dancing the Samba.
Scores: Inaba – 8, Goodman – 8, Tonioli – 8,  Harland – 8

Jacoby Jones (Football Player) and his partner Karina Smirnoff
He nailed it! Goodman said now that’s what he is talking about. Inaba just screamed with delight. Tonioli said there was lots of sexual tension in their Argentine Tango.
Scores: Inaba – 10, Goodman – 10, Tonioli – 10, Harland – 9

Zendaya Coleman (Actress)and her partner Valentin Chmerkovskiy
Powerful and chaotic. Goodman said parts of it were fabulous. Inaba said her Quickstep was kinda a mess. Tonioli said they were pushing it to the limit.
Scores: Inaba – 8, Goodman – 8, Tonioli – 9, Harland – 9

Ingo Rademacher(Actor) and his partner Kym Johnson
The actor’s dance! Goodman said it was his best dance. Inaba said he hit a grand slam with his Charleston. Tonioli said it was slightly mind bending.
Scores: Inaba – 9, Goodman – 9, Tonioli – 9,  Harland – 9

Kellie Pickler (Singer) and her partner Derek Hough
Intense! Goodman said she was small but her talent was huge. Inaba said she saw her tense up. Tonioli said her Flamenco was very good.
Scores: Inaba – 9, Goodman – 10, Tonioli – 9, Harland – 10

Zendaya Coleman (Actress)and her partner Valentin Chmerkovskiy
Fuuuuunnn!!!! Goodman said it was cheeky. Inaba said she killed it in her Hip Hop. Tonioli said it was so cool it gave me the chills.
Scores: Inaba – 10, Goodman – 10, Tonioli – 10, Harland – 10

Who’s going home: Mademacher…it’s time to go.
Who Has Legs To Take Home The Mirror Ball: It’s still a three way race for the girls! Coleman, Pickler and Raisman.