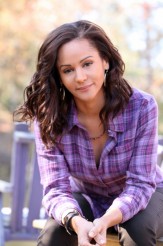 Bonnie meets her mom, and Stefan shows he still has a heart 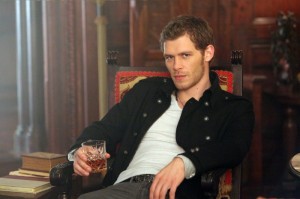 I appreciate that THE VAMPIRE DIARIES is constantly evolving their characters and the characters relationships to each other. I really do. I don’t like tuning into a show every week to find the same old stagnant relationships that we’ve seen for a couple of seasons continue to limp towards some kind of inevitable confrontation or goal.

The writers on this show consistently try to up the ante and to flip a lot of what we know about characters on its ear. Stefan (Paul Wesley) continues to be a source of entertainment and surprise for me. With this new episode, “The Ties that Bind” we start to see how much of Stefan is just fronting to hide the pain he’s undergone since he was held sway by Klaus (Joseph Morgan), and how much is really a part of the darker side of his personality returning to the surface. Keep in mind that Klaus put the whammy on Stefan way back in the past in a speakeasy club, and then uncorked that Stefan in the here and now when they became buddies for a time, if you will.

So the kind and gentle (and let’s face it boring) Stefan that we all knew as viewers wasn’t even the real version of the man since parts of him had been hypnotically repressed for decades! I like this new version of Stefan. I like him as a somewhat unreliable bad boy, but then on the other hand I like that his vulnerability is starting to show through again. I need him to still be in love with Elena (Nina Dobrev), if for no other reason than to make it more powerful when he loses her forever to someone else.

One of the big developments in this episode is the sudden uncovering of Bonnie’s (Katerina Graham) mother Abby (Persia White). It’s funny to me that Gran (Jasmine Guy) probably isn’t any older in real life than the actress they have playing the mother, but the CW is sort of notorious to me at this point for casting young actors to play parents and grandparents of actors that would never work with the real age of the people involved in the equation. Anyways…Bonnie’s mom no longer has magic, and of course she and her “son” get roped into doing bad things to Bonnie and Stefan and Elena by one of Klaus’ hybrids. Time will tell if Abby has the ability to open the locked coffin and release whoever or whatever is inside that might have the power to kill Klaus once and for all.

Speaking of Klaus and his hybrids; Tyler (Michael Trevino) is undergoing some tough love with Caroline’s (Candice Accola) dad Bill (Jack Coleman). Bill has come back to town to condition the sire bond out of Tyler so that he’s not a risk to anyone. This is a good thing, since the only other option is to kill the character off and I have no desire to see him leave. Plus as a bonus it means more half-naked Michael Trevino and that is never a bad thing!

In other Hybrid news, anyone else sick of the Hybrids and Klaus now? I do feel that we need some fresh new big bad or something. The Hybrids were scary and tough when they first appeared, but now that everyone knows how to kill them; they’ve become the red shirts of VAMPIRE DIARIES. If you are cast as a Hybrid you might last one or two episodes at the most, but then expect to die with your heart torn out or by decapitation. They’re like the Uber-Vamps from the final season of BUFFY, at first they were cool and almost impossible to beat but now that their mortality has been proven, they are just cannon fodder. Time to kill them off, kill off Klaus and move on to something else.

But…Elijah (Daniel Gillies) is finally back now! YAY! I’ve been waiting for him to turn up again since Klaus betrayed him. I can’t imagine that he’s going to be really pleased with his brother, and hopefully he will be a part in the final destruction of Klaus. Daggers poised kids!