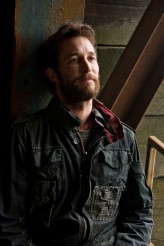 Full disclosure: I did not watch the first season of FALLING SKIES. I did not see it when it aired last year, I did not watch it on DVD. So I am a fresh face to all of this, so forgive me if something seems obvious but isn’t.

Here’s what I got from the opening montage from Season One:

Yeah, not a lot to go on if you are a new viewer having never watched a single episode of the show, but maybe they don’t give a s*** and are just pandering to the people already solidly watching the show, which is fine, nothing wrong with that.

Cool that Moon Bloodgood as one of the stars which is always a nice thing to see as I have been a fan of her since JOURNEYMAN.

Now, this last one is the only one that bugs me. Bikers hate aliens is a pretty awesome band name by the way. They could have opened the episode with Tom Mason (Noah Wyle) getting shot and having to go through surgery and such, but they could have just had it as a normal flashback. It didn’t need to be his subconscious working its way through whatever he just went through. It’s silly. No one would think about that after just getting back to your family. It could have easily been done as a normal flashback.

Still, it told what needed to be told, and we know that Tom was put through some major stuff in order to find his way back to his group of fighters – including being set free by the aliens when all the other prisoners were executed (something that figures into the second half of the two-hour premiere).

As I stated before I’m not privy to what happened in Season One but it appears that Tom’s son, Ben (Connor Jessup), was one of the kids that got the MATRIX treatment and has been fighting through that trauma since. Now, he is one of the group’s best fighters and is even helping to train his younger brother, Matt (Maxim Knight, cool stage name, bro).

Now that Tom is back he is having to adjust to not only his son Ben getting in on the fight but his youngest as well – something that again comes into play in the second half of the two-hour premiere and I would imagine will be a theme running the entire season.

There are two things that I liked about FALLING SKIES. Unlike the remake of V, that had three or four freaking people in the resistance (granted it was a different type of alien invasion), this has a ton of people fighting against them, which is more realistic since if there were to be survivors you would think they would band together. Speaking of more realistic, that’s the other thing I liked. Kids fighting is something that would probably happen given an alien attack as would CGI cities getting decimated and people stabbing each other in the back to survive. It all makes sense and that’s a refreshing change from some shows unwilling to place kids in any situation where they might be actually useful (cough THE WALKING DEAD cough).