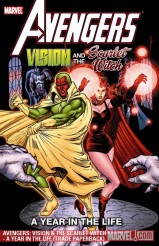 From two visions in red to a couple with growth issues, we look at prospects for future movie heroes

When you look at the history of Marvel Comics, just about everyone – even members of other long-standing teams and dedicated loners – have called themselves Avengers at one time or another. So the field is wide open for AVENGERS 2 and 3, but there is the ‘critical mass’ element; some of the team from the first film might have to sit one out to give others their screen time. After all, how many Avengers can you cram into one movie? But given the heroes we’ve already seen assemble, there are some obvious core members that really should turn up in the near future. Let’s take a look at them, and WARNING: There are major spoilers here about the first AVENGERS film. You’ve been warned. 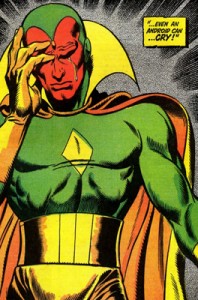 The Internet has been abuzz with rumors that the late, lamented Agent Phil Coulson (Clark Gregg) could return with his persona downloaded into an android body … like the one we see briefly at Howard Stark’s expo in CAPTAIN AMERICA. Sounds like a good version of the Vision to me, but then wouldn’t he eventually need a wife? Hmm … 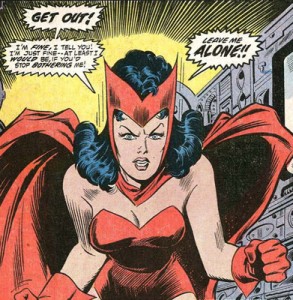 If Coulson’s cellist from Portland turns out to be a curly-headed enchantress with a mutant “hex” power, I say it’s time to get her into a form-fitting red swimsuit and re-introduce her to her now red-faced, artificial boyfriend! Fortunately her dual standing as an X-Man and an Avenger means Marvel Studios can use the character despite Sony’s retention of X-rights, but as for that brother of hers, the Flash wannabe called Quicksilver? Leave him at home. 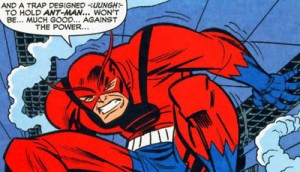 He was a founding member of the original comic book Avengers and eventually a morally and ethically damaged, abusive lunatic. Plenty of fodder for dramatic character development, and there is that Edgar Wright-helmed Ant-Man movie still supposedly in the works. Let’s get Hank Pym working on Ultron, pronto! 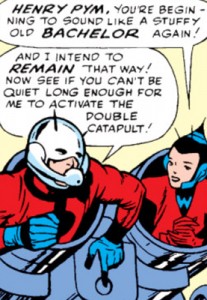 What’s the size-shifting hubby without his devoted, fashion-fixated winsome wife? Janet Van Dyne was a long-standing fixture of the team, and a leader that could spread her wings on screen in a multitude of ways. Like the Witch, she would help balance out the gender ratio a bit, as would one more potential teammate… 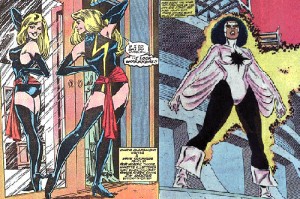 Now that Carol Danvers is taking on the Captain Marvel mantle in the comics, maybe it’s time for movie stardom. There have been several to use that name, including another female Avenger, so maybe Carol should sit this one out and let Monica Rambeau make her cinematic debut?

Article Source: Assignment X
Article: The Five Heroes We Want To See in Avengers 2 and 3