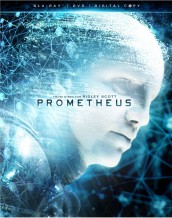 PROMETHEUS Highlights this week in Blu-ray and DVD Releases

Also worth checking out: ROCK OF AGES, THE RAVEN, THE BARRENS, THE COURIER and more 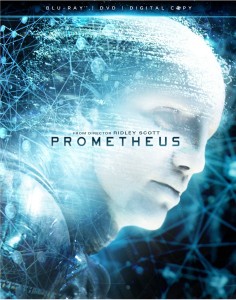 PROMETHEUS – If you are a fan of any of the ALIEN movies, specifically the first two, then PROMETHEUS just from the premise alone holds interest and if you are a fanboy or girl, it is something that you have yearned for since LB426 was nuked (it is the only way to be sure). Ridley Scott returns to the science fiction horror genre in the franchise that made him one of the most respected directors in the genre with giving us the origin story of the nasty Xenomorphs that terrorized Ripley and many others through many films.

While it doesn’t deliver everything that fans will want in terms of explaining where the aliens came from and the answers you do get may make you wonder if Scott wanted to rewrite history in some fashion, it does deliver in giving you the direct answer about how an alien spaceship carrying nasty creatures found its way onto another planet and then was unlocked by the crew of the Nostromo and later decimated the marines of the Sulaco. Solely as a prequel to Alien, however, it is not. Instead it is a standalone film that can be enjoyed by fans of science fiction that have not seen any of the previous movies. PROMETHEUS is all about the “Space Jockeys” or the massive creature in the first film that was the pilot of the spaceship carrying the aliens. It is all about whom they are, their ties to humanity and, obviously, their connection to the other films. Despite its plot holes, it is a visually stunning film that looks amazing on Blu-ray and will be a welcome addition to any science fiction fan’s collection. 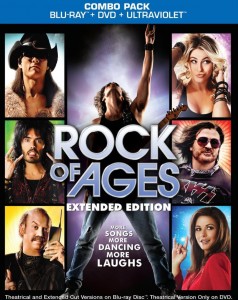 ROCK OF AGES – The best thing about ROCK OF AGES is the musical numbers that really anyone from the 80s will get a kick out of giving the heavy reliance on songs from Journey, Foreigner, Pat Benatar, Night Ranger, Poison and numerous other hair bands. This is a good thing given there is not much of a plot to the movie – an aging rocker battles against a young wannabe. But it also has a strong cast in Tom Cruise giving a great over-the-top performance, Julianne Hough, Catherine Zeta-Jones, Paul Giamatti, Mary J. Blige and Alec Baldwin. Stay for the musical numbers and just try to have fun and you will have a good time. 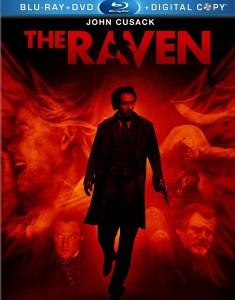 THE RAVEN – This is an interesting take on the career of horror novelist Edgar Allan Poe, portraying him as a down-on-his-luck, often boozing, struggling author that becomes an investigator into a series of elaborate deaths based on his own works. Poe (played by John Cusack) isn’t very likable and, in fact, there is very little to get the viewer to side with him given his boorish behavior and tantrums. However, this potentially has all the makings of a decent horror but ends up being surprisingly milquetoast with repetitious scenes of death then a note to the police. The killers’ motives to using Poe’s work as his inspiration for violence are never flushed out, leaving a gaping hole in the plot. However, there are some gruesome scenes which might find some favor but that’s about the only thing it has going for it. 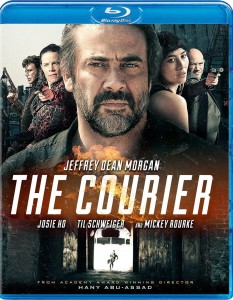 THE COURIER – Jeffrey Dean Morgan has been slowly building up his resume in the straight-to-video world after his impressive turn in WATCHMEN. He does it again here with an enjoyable action thriller where he stars as a daredevil delivery man that races against the clock to pay off ransoms, deliver mysterious goods and more. But when someone comes offering him a job that if he doesn’t take his family will be hurt, he must hunt down an underworld figure that can’t be found. Soon, he has assassins and the FBI on top of him wanting to hinder his progress finding this unknown man. With a pretty good twist at the end, it is worth checking out. 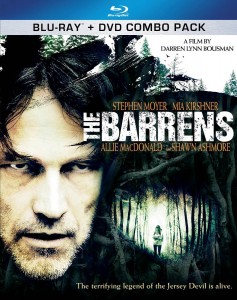 THE BARRENS – A tight thriller/horror about a family just looking to get away from the hustle and bustle of the world only to have their patriarch delve into the depths of madness. There are stories about the Jersey Devil that lives in the forest in south New Jersey. A witch made a pact with the devil to deliver her newborn son into the hands of the beast in order to grant long life. But the boy was turned into a winged beast that now continues to terrorize campers in the forest. While a good campfire story, for Richard Vineyard (TRUE BLOOD’s Stephen Moyer) it sets off a series of childhood memories that plunge him into a state of paranoia and insanity as he sees visions of things that aren’t really there. But is Richard the real villain here or is there really a beast in the woods stalking victims? We don’t know until the ending which is a true testament to how well this film is laid out. 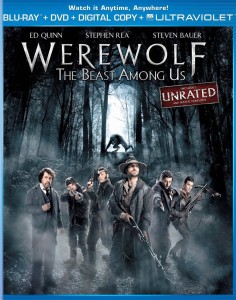 WEREWOLF THE BEAST AMONG US | (c) 2012 Unviersal Home Entertainment

WEREWOLF: THE BEAST AMONG US – What tries hard to barrow many of the themes and even lines from classic werewolf and other beast films ends up being a terrible excuse for a horror movie with horrific acting, a plot that goes nowhere and at the halfway point does a 180 degree turn in its focus. While the production values and the special effects are decent, it is at best a Netflix stream.