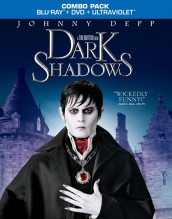 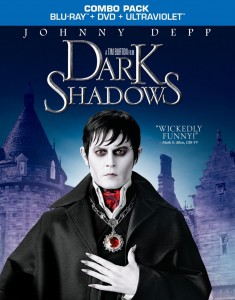 DARK SHADOWS – I get that Hollywood is so completely out of ideas that anything they can come up with from the past they immediately green light in order to just get something out there and hope for the best. But when it comes to taking a classic horror story such as DARK SHADOWS and making it into a shadow (pun intended) of its former material is pretty ridiculous. Set in the early 1970s, Barnabas Collins (Johnny Depp) escapes his coffin and returns to his home only to emerge in a new world where everything is strange and his descendants are completely in their own world. Once again Barnabas gets into a confrontation with the woman that made him into a vampire, Angelique (Eva Green), and the two duke it out for supernatural supremacy.

The problem isn’t in the acting or the storyline or the comedy as Depp is his usual crazy, but it just doesn’t even come close to doing the original any justice. I suppose that’s the point in making it a comedy, rather than a scary soap drama. Still, I wouldn’t have minded seeing the film in a serious setting rather than just slapstick with a bunch of neck biting here or there. The cool thing is that there are a whopping 14 featurettes included on the Blu-ray/DVD combo pack, which is worth checking out for sure for those that enjoy watching behind-the-scenes action. Beyond that, rent it. 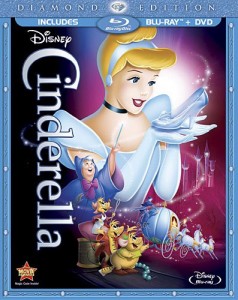 CINDERELLA: DIAMOND EDITION – Disney has done a wonderful job in restoring its older work to high definition with a series of releases in 2012. CINDERELLA is no different as it makes its Blu-ray debut this week. The cool thing here is that they have included a digital copy along with the remastered high definition copy as well as on-demand viewing. Children that have had no idea about the story will be thrilled to see it come to life as it looks amazing in high def and includes some pretty good special features as well such as “The Real Fairy Godmother” a profile on the person the story was based, a personalized digital storybook, a featurette on a new Disney Princess Fantasyland, an animated short and much more. Worth picking up if you have a daughter into princesses and has already seen the likes of TANGLED and BRAVE.

IRON SKY – The Nazis weren’t eliminated in World War II. In fact, in the latter moments of the war, a secret program launched a force into space to the dark side of the moon where for 70 years they plotted and waited while building a massive army in order to one day travel back to Earth and strike back at those that wronged them. That’s the ludicrous premise behind IRON SKY, one of the first attempts to create a film independent of Hollywood and brought to the big screen. While this isn’t going to win any awards for, well, anything (maybe a Razzie), if you go into it realizing exactly what it is, IRON SKY isn’t all that bad. It is over-the-top, completely crazy and total brainless fun. Extras include a behind-the-scenes featurette, deleted scenes, audio commentary and more. 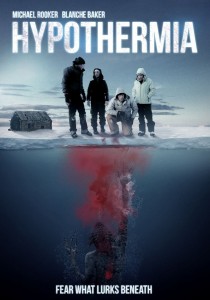 HYPOTHERMA – What begins as a decent creature flick about something under the ice that’s eating anything that’s alive inside or outside of a lake turns into a laughable near-SyFy Channel like film complete with a dude in a horrible creature outfit and über bad, idiotic decisions being made by the cast. It is really too bad considering the first half of the film is actually not bad at all and creates a nice atmosphere of dread. The back half is absolutely terrible. A Netflix option at best. 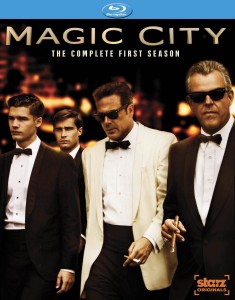 MAGIC CITY: THE COMPLETE FIRST SEASON – This is an interesting series on Starz that examines a hotelier (Jeffrey Dean Morgan) that makes a deal with a mob boss in order to finance his super fancy hotel in Miami in the 1950s. The problem is that once he makes a deal with the mob, it is hard to say no to them, despite trying to be a person of morality and honor. It is a cool mix of a man doing one thing at his business, while doing another with his family, including his über hot wife played by Olga Kurylenko. What follows is a combination of MAD MEN and THE SOPRANOS, or at least has the potential to be those great series if it can develop appropriately. The set pieces, costumes and entire retro look is excellent and really makes the series that much more excellent. Worth checking out before the second season begins. 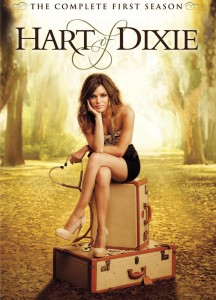 HART OF DIXE: THE COMPLETE FIRST SEASON – I’ve said it before, but the world needs more Rachel Bilson. Back in the early 2000s, I watched THE O.C. but it was only because I wanted to watch Summer Roberts (Bilson’s character) in action. I loved her guest spots on CHUCK and JUMPER was a better movie just having her in it. It is nice to see that she is back to TV where she gets to be shown every week. Hey, don’t call me a stalker, I prefer infatuated. In HART OF DIXIE, Bilson plays pretty much the same character from THE O.C. but with perhaps a bit more annoying qualities that play pretty well on television. It is a quirky show that has been often compared to a new age ALLY MCBEAL – except with the awesome Bilson as the star. 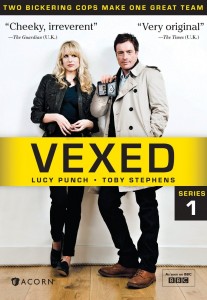 VEXED: SERIES 1 – This is the first time this British import is being released in the U.S. The premise isn’t all that original with two cops that constantly bicker but the delivery is what matters. One is a cop wanting to have a good time rather than solve crime. The other is a dedicated and smart officer looking to uphold the law. Yeah obviously they don’t get along but that’s half the fun and a very similar premise to ABC’s CASTLE. Along the way in Series 1 the duo tries to find a serial killer and bring him to justice, deal with a high profile kidnapping and much more. A second series of VEXED aired recently during the Olympics so expect to see a second series coming along with six episodes rather than just three that are contained within Series 1 (each episode is two hours in length or longer). 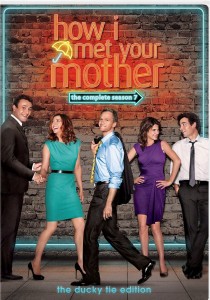 HOW I MET YOUR MOTHER: THE COMPLETE SEVENTH SEASON – Are we ever going to see how he met the kid’s mother? Seven seasons and we still have no clue. I kid, I kid. Obviously, that will be the last scene of the show when it goes off the air but a guy can hope. With the eighth season of the hit comedy coming soon, here’s your chance to get in on what you missed from the previous season or revisit what you have already seen once.