Home » Concert Review: Peter Case and Paul Collins of The Plimsouls, The Beat and the Nerves – March 7, 2012 at the Echo, Los Angeles, CA

A great concert featuring all the hits of these underrated artists 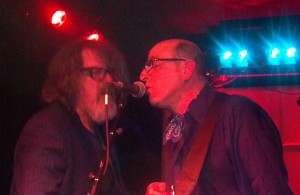 Peter Case and Paul Collins performs on March 7, 2012 at the Echo in Los Angeles, CA

Steeped in 1950s and 1960s rock music, but channeled through the power pop sheen of the late 1970s and early 1980s, the music of Peter Case and Paul Collins is still relevant today. Whether together as The Nerves and The Breakaways or separately fronting The Plimsouls and The Beat, respectively, they had a knack for writing great hooks that have stood the test of time.

Early into the eighty-minute concert by Peter Case and Paul Collins at the Echo in Los Angeles, CA on March 7, 2012 where they performed hits from their various groups, Case admitted that they wrote these songs “to last.” From the vantage point of three decades later, that statement sums things up succinctly.

Throughout the 25-song set, this concert is a reminder at how strong performers the two of them are, and how great their music sounds – even in a packed little club The Echo in Los Angeles. Aside from the bushy beard on Case and Collins’ shiny noggin, not much has changed between the two. This concert would have sounded just as refreshing and energetic in the 1980s as it does in 2012.

The songs from all four groups were interspersed seamlessly through the night – with Collins and Case trading off lead vocals throughout the night. 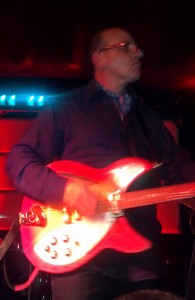 Paul Collins performs with Peter Case on March 7, 2012 at the Echo in Los Angeles, CA

Being a big Plimsouls fan, it was great to hear Case bring “A Million Miles Away” to life – and it sounded phenomenal. I was also thrilled to hear “Oldest Story In The World” which is arguably one of the most underrated songs of the 1980s. Case and Collins also did some additional jamming at the end of “Oldest Story” which added a new wrinkle to the tune.

The Plimsouls also appeared as the bar band in the classic 1983 comedy VALLEY GIRL, and seeing Case perform on this small stage reminds you of what a potent force he was then and still is now.

For Collins, his The Beat songs also were a highlight including “Rock and Roll Girl” and “Work-A-Day World.”

There wasn’t a lull in their performance and it’s awesome to see the consistency between the tracks despite spanning different groups, incarnations and iterations.

The audience ate it up too – the house was packed and you could definitely tell there were people there for the whole experience, but also had their favorite tracks that got them rocking.

The banter between Collins and Case was also fun. Since they broke up after The Breakaways, there were hints at old tensions arising, but all that falls away when they get on stage to rock and roll. 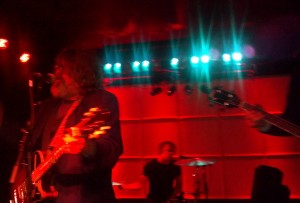 There is also a thin line between being a retro-act and being a relevant artist and since Case and Collins continue to record and perform on their own, this tour feels more like a rare treat for die-hard fans, than a “re-hashing of the greatest hits” tour.

There were some technical difficulties though. Occasionally Case’s microphone wasn’t turned up as loud as he would have liked and he had to swap places with Collins’ mike for when he took lead vocals.

The stories of writing their hits and moving to Los Angeles also put things in to perspective as well. It was great to hear their first memory of the Ramones – and how they realized that seminal band was doing the same thing they were doing and ultimately kicking their asses at it as well. 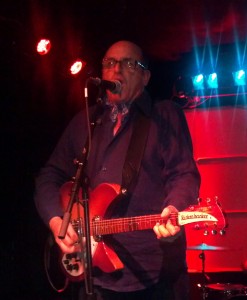 For those not familiar with any of these four bands or Collins and Case’s solo work, hunt it down. A live CD of the Plimsouls called BEACH TOWN CONFIDENTIAL  just hit stores last month and Collins has a great 2010 album of great power pop tracks called KING OF POWER POP!

Opening act the Summer Twins are also steeped in 1950s/1960s genres but filtered through a 1990s sensibility. The wispy vocals of sisters Chelsea and Justine Brown is fun, and unique. You can hear a little Julee Cruse here, a little surf guitar there and a little bit of the Sundays. It’s an interesting mix and a refreshing change of pace from many indie acts currently out there.

Chelsea displayed some nervousness at times when she had to do some on stage banter, but when she started cranking up her guitar and harmonizing with her sister, the results were divine.

For more information of the Peter Case/Paul Collins tour, click on the related link below. 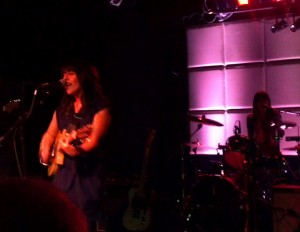 Article Source: Assignment X
Article: Concert Review of Peter Case and Paul Collins of The Plimsouls, The Beat and the Nerves – March 7. 2012 at the Echo, Los Angeles, CA

Tags: A Million Miles Away, Hangin' on the Telephone, Oldest Story in the World, Paul Collins, Peter Case, Rock N Roll Girl, The Beat, The Breakways, The Nerves, The Plimsouls, The Summer Twins, Work-A-Day World