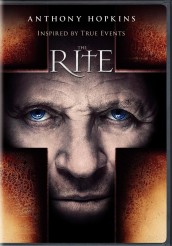 Also worth checking out: THE MECHANIC, THE ROOMMATE, THE VANISHING ON 7TH STREET, DEEP RED, BIONIC WOMAN: SEASON TWO, THOR: TALES OF ASGARD and more 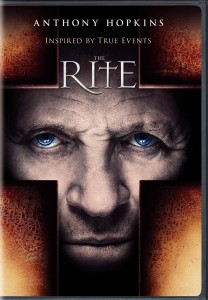 THE RITE – Unlike the recent demonic possession films that have come out of late – THE LAST EXORCISM, THE EXORCISM OF EMILY ROSE – is a taut supernatural thriller that does a good job of keeping you guessing as to where the flick is going. A young, undecided priest gets on the fast track to learning the art of exorcism by learning it from a veteran priest (played by Anthony Hopkins) who has made a living over the years of performing the rite. At first, they work to rid a demon from a young pregnant woman but after the demon takes her, things turn batsh** crazy as the young priest begins seeing his own visions, hearing voices and wild apocalyptic events begin (such as a multitude of frogs magically appearing, a supernatural demon horse in the snow, calls from his dead father and more). The Blu-ray version includes an alternate ending and a featurette on the priest the film was supposedly based on. 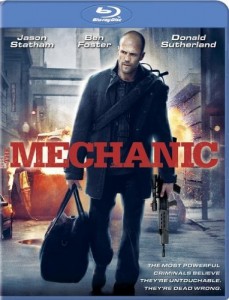 THE MECHANIC – While not as interesting or fun as Jason Statham’s other recent films such as THE TRANSPORTER series or DEATH RACE, THE MECHANIC (a remake from the 1972 film of the same name) still is worth checking out. It does not have the harshness found in the original instead plays more to the current Hollywood overtones of bigger is better. Still, jam packed with violence and one crazy situation after the next, it is entertaining to say the least and on Blu-ray these situations are that much more vivid and appealing. 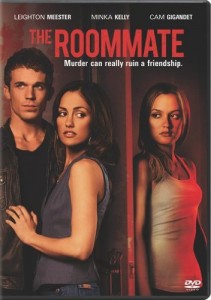 THE ROOMMATE – Let’s see … Two of the hottest actresses in Hollywood today – GOSSIP GIRL’s Leighton Meester and FRIDAY NIGHT LIGHTS’ Minka Kelly – in a film about two hot babes rooming together in a dorm room freshman year with one trying to be more than friends and turning into a complete pyscho. The one problem? It is a PG-13 and with two actresses that refuse to take off any clothing. Sigh … it could have been epic. Remember SINGLE WHITE FEMALE? Yeah, it is the same formula with just hotter chicks and in a dorm, but at least with SWF there were some legitimate scenes that made you jump out of your seat. This has none but at least tries. Still points for combining the two leads and giving some impression there may be some awesome shenanigans going on. There is a director commentary and alternate opening on both DVD and Blu-ray but Blu-ray also includes two featurettes about the making of the film and the stars. 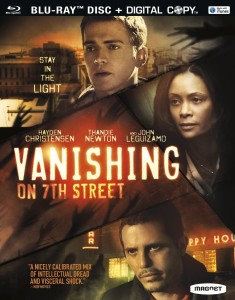 THE VANISHING ON 7TH STREET – Nearly the entire world disappears overnight … bodies vanish and only their clothes remain. Four survive for some reason and fight for against an ever-growing darkness. The only thing that keeps them alive is the light they carry – flashlights, glow sticks, LEDs. But something is sabotaging even these instruments and taking whoever lives with them. But these dark creatures are even more nefarious, they trick you and make you believe things are happening that aren’t really. THE VANISHING is a creepy, albeit predictable, film that has some very good tense moments where you beg the survivors not to do the stupid stuff they are doing but you know they are just going to do it anyway. 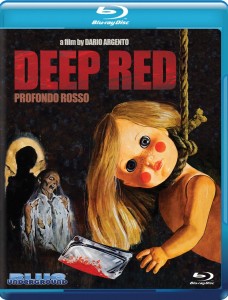 DEEP RED – I love Dario Argento. Well, at least the old school Dario. The new stuff he’s cranked out is still OK but not nearly as great as the stuff he did earning his stripes such as DEEP RED. Now it is available for the first time on Blu-ray from Blue Underground. As usual, the film revolves around a serial killer in Europe – this time Rome – and a world traveler trying to help solve the crime. With the help of a female reporter, the traveler follows clues that lead him to the real killer, with numerous throat slitting along the way. While SUSPERIA is viewed as Argento’s masterpiece, many believe that DEEP RED is really where it is at. I think both are equally good and am super happy it finally has its day in high def. 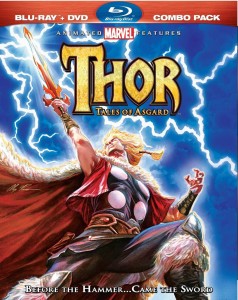 THOR: TALES OF ASGARD – This is pretty good timing considering the blockbuster success of the THOR live-action film from Marvel. But instead of focusing on the Thunder God during his time on Midgard (Earth), this deals strictly with Thor’s upbringing and fighting numerous creatures and Gods in the realm of Asgard. Unfortunately, this is also to the video’s detriment. Because instead of the hugely powerful being we know, we get a young Thor and get to learn about how he became the man he is in the comics and films today. The stories are predictable, the art is so-so and the creatures and villains are pretty laughable at times. There is some good stuff in the extras such as a few audio commentaries, a bonus AVENGERS episode and a making of featurette both on Blu-ray and DVD. 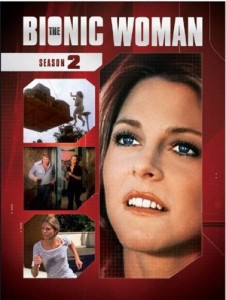 THE BIONIC WOMAN: SEASON TWO – While the rebirth of this classic series never got past one season, we can look back on the original for more entertaining and concrete fare when it comes to storylines. After the first season was released onto DVD with decent sales, this was a no brainer for Universal Home Entertainment to release the second season containing all 23 episodes from the original series (including the crossover with the SIX MILLION DOLLAR MAN episode). 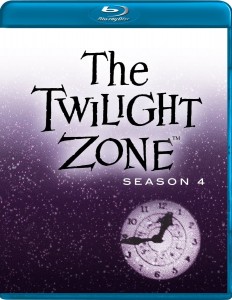 THE TWILIGHT ZONE: SEASON 4 – Time to enter the fifth dimension again with the Blu-ray release of the fourth season of the wildly popular and influential show, remastered to be presented in 1080p high-definition. All 18 episodes of the series are presented as well as 13 new audio commentaries from either followers of the series, writers and critics. Lots of good stuff here for fans that have longed to have this series in high def.

TIM AND ERIC AWESOME SHOW, GREAT JOB! SEASON CINCO – The fan favorite returns for the fifth time on DVD with another 10 episodes featuring all new sketches and guest stars. Fans of the show will want to know that there are a whole new set of bloopers included in the DVD as well as deleted scenes and new karaoke numbers.

COVERT AFFAIRS: SEASON ONE – The hit show from USA makes its debut on DVD that tries to re-create what ABC did with ALIAS. A new CIA field op for one of the most secretive branches of the department quickly finds herself dealing with cons, killers, crime bosses and much more. But there is more to the show than just one shot episodes as there is an overall mythology about someone trying to get her killed and purposely put in harms way.

ROYAL PAINS: SEASON TWO – The funny medical drama returns for its second season on DVD with more house calls and interesting cases involving the doctor that still cares about patients no matter how crazy they are.