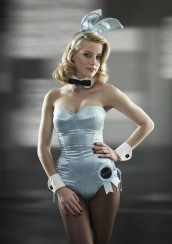 “I think every other affiliate will be airing the show and are on board,” says Greenblatt. “I guess I wasn’t completely surprised. That brand name is a little polarizing, even though I think the show isn’t at all that revealing. But that station in Utah doesn’t program SATURDAY NIGHT LIVE – they don’t take it. So I think when you look at that market, they have decisions to make for their own audiences. I didn’t really surprise me, but I think everything else will be intact.”