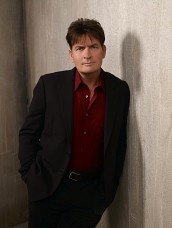 At today’s CBS Winter TCA press day in Pasadena, CA, CBS Entertainment President Nina Tassler spoke about the recent troubles with Charlie Sheen who stars on their hit show TWO AND A HALF MEN (which is produced by Warner Bros).

“We have a high level of concern, how can we not,” admits Tassler. “Personally first, on a very basic human level is concern. This man is a father. He has children. He has a family. So obviously there’s concern on a personal level. But you can’t look at it simplistically. Charlie is a professional. He comes to work and does his job incredibly well. We’re taping tonight. It’s very complicated, but we have a good relationship with Warner Bros. I have tremendous trust and respect in how they’re handling this situation. On a personal level, I’m very concerned. On a professional level he does his job, he does it well and the show is a hit.”