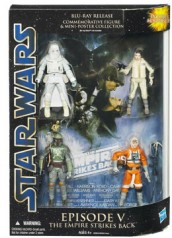 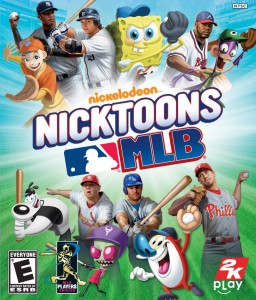 NICKTOONS MLB
Suggested Retail Price: $39.99 (Xbox), $29.99 (Wii, Nintendo DS)
Cool Yule Factor: For kids somewhere in between the Major League Baseball and Nickelodeon years comes a mash-up videogame that pits characters from both worlds (Major League players to SpongeBob Squarepants) in a fun and colorful game. The graphics are impeccable and also has a great sense of humor. The Wii and Xbox (using the Kinect) allows you to feel like you’re batting as your favorite characters. There are 12 fields in total (six from MLB like Fenway Park and six from the Nick world including Frosty Freeze Field).
Purchase NICKTOONS MLB here 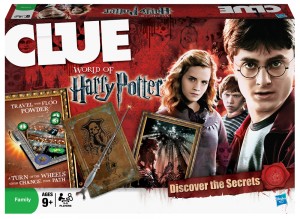 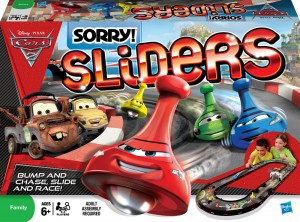 In the game, a student has disappeared and you have to find out what happened. Sure, you kinda miss Colonel Mustard with the candlestick in the Study, but it’s great how the world of spells and magic are integrated into this popular mainstay game. Meanwhile, Hasbro has also taken their SORRY brand into the CARS world with the board game being a racetrack. Both games take popular movie brands and transform them into something completely different and special for fans of those worlds.
Purchase CLUE – WORLD OF HARRY POTTER here 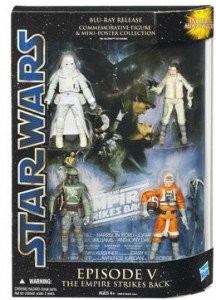 STAR WARS BLU-RAY RELEASE COMMEMORATIVE FIGURE & MINI-POSTER COLLECTION (EPISODES I through VI)
Suggested Retail Price: $24.99
Cool Yule Factor: There have been so many iterations of the STAR WARS action figure line over the years, but hot nerf herders have they delivered something super cool for die-hard fans (particularly from the original trilogy) tying into the Blu-ray release of all six films. Each movie inspires a different package of four figures, a collectible poster and superb packaging. Like many, I lean more toward A NEW HOPE and EMPIRE STRIKES BACK line. And for younger STAR WARS fans, the single action figure packages should do just fine as well.
Purchase STAR WARS COMMEMORATIVE FIGURES Here 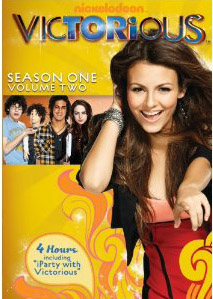 VICTORIOUS/iCARLY DVDs
Suggested Retail Price: $19.99 (Victorious Vol. 2), $16.99 (Victorious Vol. 1),
Cool Yule Factor: Nickelodeon continues to produce the best Tween comedies and both iCARLY and VICTORIOUS provide funny and often-times downright weird episodes that are often better than most network sitcoms. Both are created by Dan Schneider and Season 1 Vol. 1 and 2 are out right now, while the I<3 iCARLY COLLECTION collects three previously released discs in one set (iSPACE OUT, iFIGHT SHELBY MARX, iSAVED YOUR LIFE). While Disney hits a Tween-com out of the park once in a blue moon (GOOD LUCK CHARLIE isn’t half bad), these two shows exceed expectations and provide entertainment not only for kids, but for adults as well.
Purchase VICTORIOUS SEASON 1, Vol.1 Here 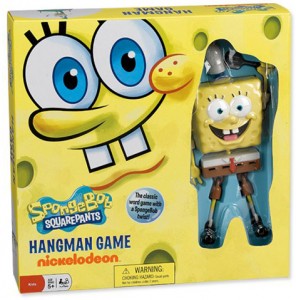 HANGMAN GAME
Suggested Retail Price: $11.99
Cool Yule Factor: An affordable way to play Hangman with SpongeBob (except without the noose). As you try to figure out the word, if you miss letters, you slowly have to put SpongeBob together before he’s complete. Simple, fun and affordable and perfect for rabid SpongeBob fans.
Purchase SPONGEBOB HANGMAN GAME Here