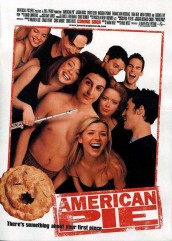 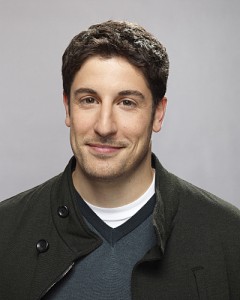 While speaking with Jason Biggs recently to promote his new CBS sitcom  MAD LOVE (co-starring former SCRUBS star Sarah Chalke and debuting February 14 at 8:30 pm EST), ASSIGNMENT X caught up with the actor to ask him about the status of the rumored AMERICAN PIE 4 (AMERICAN REUNION) theatrical sequel for this exclusive scoop.

“We’re in talks,” Biggs says. “It’s moving forward-ish. The hope is to get it going in the Spring. We don’t have everything in place yet. I have a good feeling it’s going to happen.”

In terms of plot details of the film which current has Jon Hurwitz and Hayden Schlossberg of HAROLD AND KUMAR fame attached to direct, Biggs says, “it’s unclear,” but does reveal what he thinks the story might be.

“It could be a high school reunion where we meet up with all the characters again,” adds Biggs. “We’ll see. I don’t want to give away too much.”

If ASSIGNMENT X were a betting magazine, we would put money on AMERICAN REUNION as the title of this fourth installment (but that’s our totally uneducated guess).