Home » Exclusive: David Duchovny chats about the status of the X-FILES 3 movie 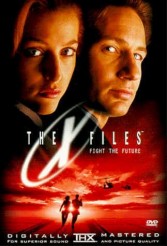 No deal yet, but he wants to do it and wants it to go back to the alien mythology

There’s been rumors about a third THE X-FILES movie for some time, and while promoting his hit Showtime series CALIFORNICATION, David Duchovny spoke with ASSIGNMENT X briefly about the status of the project.

“There is no deal at this point,” Duchovny told us exclusively. “It’s something I would do in a second and I know Chris [Carter] and Gillian [Anderson] would be interested.”

The second X-FILES movie took time to gestate, and the lack of boxoffice heat on that one has slowed things down and Duchovny admits it’s in Fox’s court now.

“It’s really just a matter of generating interest in Fox, then getting a script and getting us all together,” adds Duchovny.

And where would he like to see the THE X-FILES 3 go? Standalone or mythology driven?

“I think it should go back to the heart of the series with the mythology,” says Duchovny.