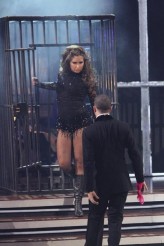 Everyone is freaking out that Bristol Palin might win DANCING WITH THE STARS, but why?

Welcome to ASSIGNMENT X’s newest weekly column THE DORK SIDE written by Sonia Mansfield, which will tackle all things geek from a humorous perspective. 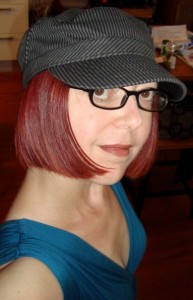 Apparently, if Bristol Palin wins DANCING WITH THE STARS then the terrorists have won.

That’s the impression I’m getting from all the media coverage anyway.

There are a lot of things I don’t care about. My top 3 right now are JERSEY SHORE, 3-D movies and DANCING WITH THE STARS.

Yeah, I said it. I don’t care about DANCING WITH THE STARS. Make sure to report me to the Pop Culture Police.

I really don’t care. I haven’t watched one episode of that show. Yet, thanks to every entertainment and gossip site, I am constantly aware of who is on it and who’s been voted off.

When I first heard that Bristol Palin was on this season I asked, “Oh, what star is she dancing with?” But I was informed she was the star. I guess being Sarah Palin’s daughter and getting knocked up at 17 makes you famous. People have gotten famous for less. Am I right, JERSEY SHORE cast?

People are really worked up about it. A guy even shot out his TV out of frustration. Someone else mailed the TV studio an envelope filled with white powder causing an anthrax scare. 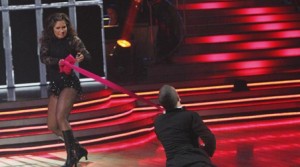 Really, people? Come on! It’s DANCING WITH THE STARS. It doesn’t mean anything. If Bristol wins, she’s not going to be a Supreme Court justice. She’s not going to be making policy decisions that change the world. It just means she’s going to do a bunch of talk shows and have her photo taken with a trophy. If we’re lucky, maybe Bristol Palin will be the next BACHELORETTE.

And, by the way, why are people so surprised that Bristol is in the finale? The average age of a DANCING WITH THE STARS viewer is probably 60. Also, Bristol has the fine folks behind Vote for the Worst helping her out.

It’s ridiculous that people are so worked up about it. I mean, I get it …kinda. I was bummed when Mondo didn’t win on PROJECT RUNWAY, but I didn’t shoot out my TV, call into a radio show crying about it or commit an act of terrorism.

It’s a TV show, people, and it will all be over this week, then you can go back to worrying about what’s really important: Lindsay Lohan’s rehab and the 125th guy Taylor Swift is dating this year.

Sonia Mansfield likes to talk smack, make nerdy STAR WARS references and feed her unhealthy obsession with pop culture. Make sure you follow her on Twitter for constant updates.