Home » Profile: Jim Belushi becomes one of the DEFENDERS 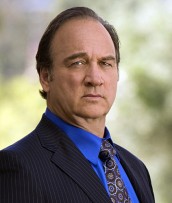 On the new CBS drama, he’s paired up with Jerry O’Connell as Las Vegas defense attorneys

With a mixture of drama and comedy, the new CBS series THE DEFENDERS (airing Wednesday night) features Jim Belushi and Jerry O’Connell as Las Vegas defense attorneys who will do whatever it takes to help their clients.

The characters are loosely based on the exploits of real-life Vegas attorneys Michael Cristalli and Marc Saggese and Belushi takes five to discuss bringing his new colorful persona of Nick Morelli to life.

TAKE 1
On talking with actual defense attorneys in preparation for the role …
“They’re guys who are put in a position where they have to defend people that most people don’t like,” says Belushi. “They really have strong values and a strong sense of character because they really believe that everyone deserves due process, and [so]  they’ll represent murderers.” 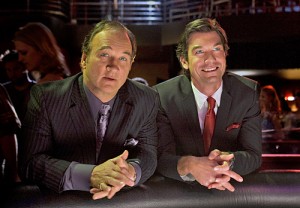 TAKE 2
On he and O’Donnell playing characters loosely inspired by real attorneys …
“Those guys are so bright and they have great strategies in the courtroom,” says Belushi. “But in the rest of their lives, they’re kind of not so good. They’re not so good with women.”

TAKE 3
On acting in dramas vs. sitcoms …
“It’s a different style of performing,” says Belushi. “I’ve been making films and been on stage since 1980. So I’ve done all of this before – dramas, comedies, but I guess, because of ACCORDING TO JIM, people think that’s the persona I am. I have played characters like this before in movies with [directors] Oliver Stone and Michael Mann. The only challenging thing is the endurance of an hour-long episodic series. You shoot all the time, all year. You have to keep yourself in good shape to do it. On sitcoms, it’s all about the comic rhythms and timing, and on a drama it’s about the story and relationships, so I’m excited by this. It’s really terrific, but the challenge is the hours.”

TAKE 4
On his feelings about Las Vegas …
“I have a band and I do a lot of corporate work with my band in Vegas and so my relationship with Vegas has switched from being a person who goes there to enjoy the weekend to being an employee of Vegas,” explains Belushi. “So what I do is go there, I perform with my band, have a nice dinner and play roulette for 20 minutes and go home. I’m kind of a boring guy.”

TAKE 5
On working on the Radford lot in Studio City where he shot ACCORDING TO JIM for eight years …
“It’s the same stage,” says Belushi. “I’ve got the same dressing room. I’m so excited. There’s a Starbucks on the lot. We were talking about that endurance thing, right? Starbucks helps [and so does] five sushi restaurants on Ventura Boulevard. You know, it’s about life too. It’s the best stages in town. We’re shooting there thanks to the lovely people from CBS.”