Home » The X List: WHICH VILLAINS/HEROES WILL OR WON’T APPEAR IN THE NEW ‘BATMAN’ MOVIE ‘THE DARK KNIGHT RISES?’ 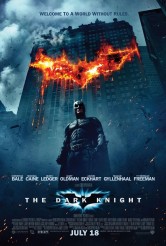 The title for the new Christopher Nolan caped crusader epic is here, now it's time to start talking story!

Ever since THE DARK KNIGHT became a pop culture powerhouse of a comic book movie with over a billion box office dollars worldwide, fans have eagerly awaited the third installment in Christopher Nolan’s unique Bat-vision. Now that we know the title – THE DARK KNIGHT RISES – the question is: Who will the bad guy(s) be? Which supporting characters will reprise their roles? And will the Boy Wonder ever rear his holier-than-thou head?

We’ve compiled a list of five likely co-stars for the cowled one, and five almost certain no-shows. We know how much our readers love to debate every aspect of pop culture, and when it comes to lists – no matter what the subject – everyone has their own opinion. Agree, Disagree. Take us to task! Praise us to the heavens! It’s your Internet – we just work here.

FIVE WE THINK WILL SHOW UP FOR THE BAT-PARTY: 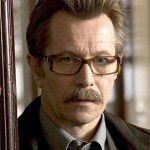 This is probably a no-brainer, especially since they’ve incorporated some major character-building in the first two films and allowed us to see him slowly evolve into the ally he’s destined to be. 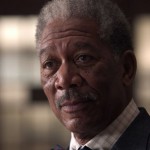 © 2008 Morgan Freeman in THE DARK KNIGHT

As the more useful supporting staff member in Batman’s covert crime-fighting staff – this film series’ Alfred is practically irrelevant apart from spouting homilies – the only thing that will prevent Lucius from turning up again would be Freeman’s willingness and schedule (unless they recast). 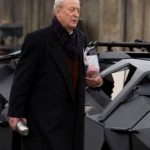 This is a British actor we’re talking about – the man will come to your house and do a live commentary to any of his films for five dollars and a sandwich. Rest assured, Alfie will be there. 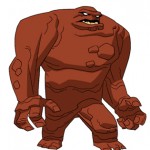 As recently as last week, rumors started to build that point to one of Batman’s more fanciful foes as a possible adversary for the film. But could this transforming creature fit into Nolan’s more realistic interpretation of Batman’s reality? An inventive script could surely find a way. 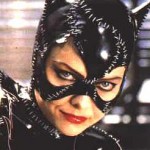 We know they’re casting a major female lead and let’s face it, despite Batman’s extensive rogues’ gallery, there are really only a handful of enemies that deserve the big screen treatment and enjoy widespread audience recognition. It feels like it could be Selina’s time up to bat again (see what I did there?).

FIVE WE THINK WILL OFFER BAT-REGRETS 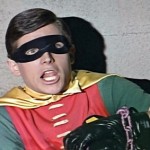 Nolan would have to be either crazy or brilliantly inspired with some fresh, new way to bring the Boy Wonder back into the saga. But if anyone could do it, he probably could (if he does, our bet is he’ll cast an actress to play the “Girl Wonder” in an homage to Frank Miller’s DARK KNIGHT RETURNS). Still, it’s likely we won’t be graced with the former acrobat’s presence. Holy Omission! 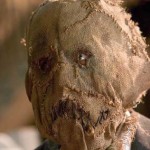 He had his movie, and he even got a chance to come back for the opening scenes of the sequel. The fear-monger’s day has passed. 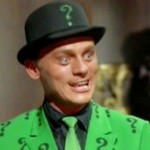 Riddle me this: What classic Bat-villain has Nolan himself said will not be appearing in this film? Sorry, David Tennant. 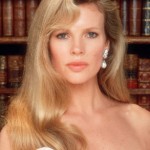 Girlfriends never have much luck in Bat-franchises, and in Nolan’s version of things they tend to completely change their physical appearance before blowing up. We doubt the intrepid reporter with a crush on the caped crusader will rear her head, but they are looking for “two” female leads and one of them is a love interest, so you do the math. 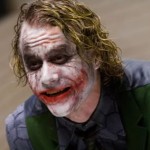 Impossible. Heath Ledger’s performance in THE DARK KNIGHT was too defining, and no one would dare recast him after his untimely death. The Clown Prince of Crime will be MIA until the series is rebooted again.

AGREE? DISAGREE? Now it’s your time to chime in below in our comments section! Let the war of words begin ….