Home » Five Questions We Hope DOCTOR WHO Series 6 Will Answer

We’re a day away from the eagerly awaited debut of DOCTOR WHO Series 6 (simultaneously on BBC and BBC America), but there are so many lingering questions from the convoluted and complex saga that ran through Series 5! So let’s recap what mysteries still linger and what aspects of show runner Steven Moffat’s sprawling story arc – some of which began as far back as the 2008 two-part tale, “Silence in the Library/Forest of the Dead” – we hope get wrapped up or at least explained this year:

1. Who or What is the Silence? 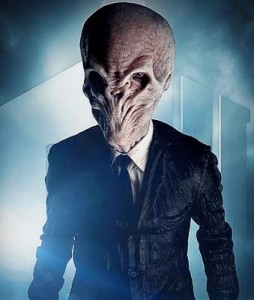 ‘Silence will fall’ according to Prisoner Zero and a mystery voice in the first and penultimate episodes of Series 5. Word is the Silence is an actual alien race with some very creepy characteristics…say, who’s that guy in the picture here? 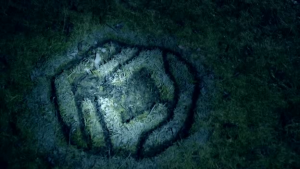 When the TARDIS was dragged back to Amy’s house on the day of her wedding in “The Pandorica Opens,” it was apparently controlled by the Silence. But why? Why there, why then? And how could a TARDIS blowing up annihilate a whole universe?

3. What Was With That TARDIS-Like Ship in “The Lodger?” 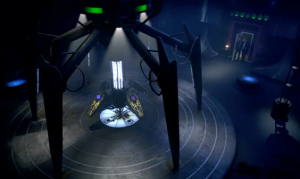 For a seemingly standalone, whimsical episode, “The Lodger” introduced a bizarre, TARDIS-like ship that could mimic an entire house floor. Where did it come from? And hey…where do those steps in Amy’s house go to, anyway?

4. Have We Really Learned Everything About Mad, Impossible Amy Pond? 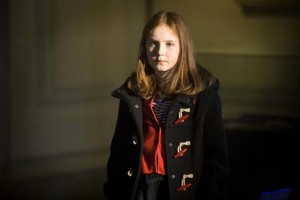 The fate of the universe was tied to Amy Pond’s life spent near a crack in time, but if the Silence wanted the TARDIS near her house on the day of her wedding, there must still be more to her we don’t even know. What is so special about that impossible Amelia?

5. Who is River Song Already? 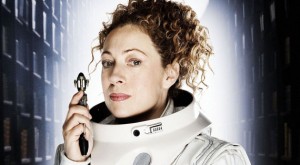 Since “Silence in the Library,” we’ve wondered about this perplexing woman’s true relationship with the Doctor. Is she his wife, his girlfriend, his arch-enemy? Why was she in prison, and who did she kill to wind up there? Most importantly, if the Doctor can’t trust her…should we?

UPDATE: CLICK HERE for a review of DOCTOR WHO – Series 6 Premiere – “The Impossible Astronaut”