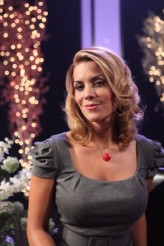 The actress/host also talks the Westmore dynasty, PASSIONS and VILE 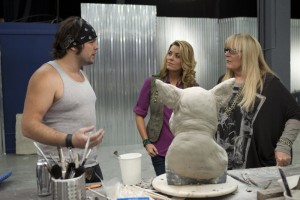 McKenzie Westmore seems the perfect choice to host Syfy’s special effects makeup competition series FACE OFF, which has its season finale tonight at 10 PM (the show was just renewed for a second season).

As an actress, Westmore has the personality to keep things lively on the air – besides FACE OFF, she can currently be seen on the online soap opera THE BAY – and she actually has makeup effects heritage. Her father is legendary makeup effects artist Michael Westmore, of the famed Westmore makeup dynasty.

She talks past, present and future with ASSIGNMENT X in this exclusive interview.

ASSIGNMENT X: One of the reasons you were asked to host FACE OFF is that your family, the Westmores, are Hollywood makeup royalty, but you decided not to go into that end of the business. Why is that?

MCKENZIE WESTMORE: I never went down the road of makeup. I was tempted to, when there was an article that called my father the last of the living dinosaurs, which broke my heart and I thought, “Oh, I’ll do it, I’ll do it, I don’t want to do it, but I’ll do it!” Because I do have a love of it. I would work in the lab with my dad, I would help him with molds, I would sculpt next to him. I definitely would do stuff and I knew the language of what happens in the lab. But at the end of the day, I loved acting. I’m a singer. I do opera, musical theatre, you name it, I dance, so those were always my passions and my loves, and I knew if I could follow through on that and make a name for myself, I would just keep the Westmore name and keep it going in that capacity. And this [FACE OFF] to me, this entire show, it just brings it all together and intertwines everything I’ve wanted in that realm. 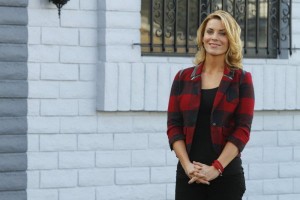 AX: You spent nine years playing Sheridan on one of the weirdest supernatural soap operas ever, PASSIONS. Any memories of that job?

McKENZIE WESTMORE: Oh, God. I was buried alive, I had amnesia, I was lost at sea – in fact, the only reason they did the lost at sea storyline was because I had jury duty that I couldn’t get out of, so I had to figure out a way to get out of it for two months [laughs]. It was a fun show. I have a lot of good memories. It was definitely a cult classic for a lot of people. It became quite the drinking game in the bars, from what I understand.

One of our cast members was an orangutan, who I worked with. There was one day where my character had been in a pit for eight months. They literally kept the story for eight months. I was in the same bloodied outfit for eight months. I’m laying on this couch, because I was finally coming out [of the pit], and I was covered in that fake blood. Well, there’s sugar in that stuff. So this orangutan comes over and I was trying to play dead, or passed out on the sofa, and they’re actually rolling, and I feel this orangutan come up and start eating my shirt. And it’s coming up higher and higher, and I had to yell “Cut!”, because everybody’s laughing too hard to yell “Cut!” “You guys, this is not cool with me – I don’t want an orangutan eating my clothes!”

AX: And who can blame you?

WESTMORE: Exactly. We had many, many moments on that show. The memories go on. I could probably write an entire book from that show. I probably should at some point. It was all good times.

AX: Do you have any new projects?

WESTMORE: Coming up, there’s an independent film I just finished this last year called VILE that’s [in the vein of] the SAW series.

AX: Vile as in unpleasant, not vial as in glass tube?

WESTMORE: Actually, it’s both. You find out why in the movie as to why it’s both. It’s “vile” because it’s violent and it’s very disturbing, but one of the catches to the script is that it has to do with drug trafficking. My [character’s] job is to collect bodies and to collect people and shove a vial into the back of their necks and extract the chemicals that are needed to create this ten thousand dollar super-drug – serotonin and dopamine and all the chemicals from the brain are pulled into a vial and then that creates a super-drug. The whole movie that ensues from there as to everybody having to torture themselves in order for this chemical to be excreted into the vial. So it was a play on words for the movie and I’m the bad guy. So that’s coming up.

CLICK HERE for AX’s exclusive interview with FACE OFF judge